Kent – the garden of England

So it started how all great plans start with a suggestion from Damon that the weather looked good on Sunday and who was up for a ride? Needing no second invitation I was straight on it and knowing that my better half was otherwise engaged and her Fireblade would be free for the day I was there!

The meeting point was the Hollyville Cafe on the old A20 just past Brands Hatch, eager to get out of London I arrived early and was greeted by the sight of around 20 classic British bikes ranging from Norton’s to a smattering of beautiful BSA’s.

The cafe is a proper old school bike meeting place, bacon butties and mugs of instant coffee, the air was rich with conversations of carb settings, I felt like a right rebel on my 20 year old Blade, which of course was classed as one of those modern Japanese things, and caught the odd old boy giving it an admiring sideways glance.

Next to arrive was our host for the day Damon, on his Guzzi V70, he took one look at the blade and confessed to his sins, like me is a mid 40’s trying to reform power ranger, and at home has a mint condition zxr750H1, my current dream bike.

Then we come to Fred who introduced himself by handing me a small section of rubber tube, which he then explained was off a vintage velocette and shaped in such a way to avoid melting on the exhaust, Fred is of indeterminable age, I later found out he is 90 at his next birthday, he was on a motomorini equipped with a road book, and even though I was on a bike with considerably more horsepower and better handling, and being half his age, I struggled to match his pace through the lanes.

The rest of the guzzi crew arrived in the shape of Paul, Jules and Phil and after bacon sandwiches, the pasta and a side of rice crew set off. I could tell that his was going to be a quick ride, Damon hasn’t quite shaken his power ranger riding style off and those Guzzi’s are certainly quicker than they look, the blade was a good choice. The route started with some nice wide ‘A’ roads and we where quickly into some back lane scratching, Guzzi Paul was chomping at the bit and flew past me and our leader Damon completely missing a junction so we pulled in and waited for him to realise. We waited and waited and waited, watered some plants, discussed gopro camera angles and eventually Paul returned with a big grin “some great roads down there fellas”

Back on route I hung at the back and followed Fred for a bit, learning some tips, he is able to carry phenomenal corner speed on the morinini and has a riding style as smooth as Lorenzo.

Our Journey took us through some fantastic Kent roads to the Peacock in Goudhurst, an archetypal English country pub,  where snacks and low alcohol ale where consumed over a varied discussion, covering all aspects of motorcycles and engines, with Fred entertaining us with stories of overflowing petrol tanks and how it is essential to ride as fast as you can so the wind blows the fire out, and secret barns full of vintage Italian sports cars.

After lunch Phil decided he was going to visit some friends locally, Damon and Fred headed back home and myself Paul and Jules decided we would head down to the Custom Cafe in Bexhill, well their is an old saying “two’s company, three’s a race” and this was most definitely the case as the afternoon was very much a blur, Paul is new to the area so after showing hime the sights of Battle and Bexhill we pulled in at the Custom Cafe, and consumed much coffee and home made cake, whilst soaking up the american roadhouse atmosphere, complete with a couple of a rat rods in the car park.

The route back to London was finalised and after a quick fuel stop, and locating Paul again after he gave chase to a zzr1400, we made our way back, en route farewells where made as we headed to our different points of the compass, and after spending the day together we had the solitude of those few last miles to home, contemplating the carefree hours spent enjoying the miracle of motorcycles, and english summer days spent with new friends bonded by a common interest. 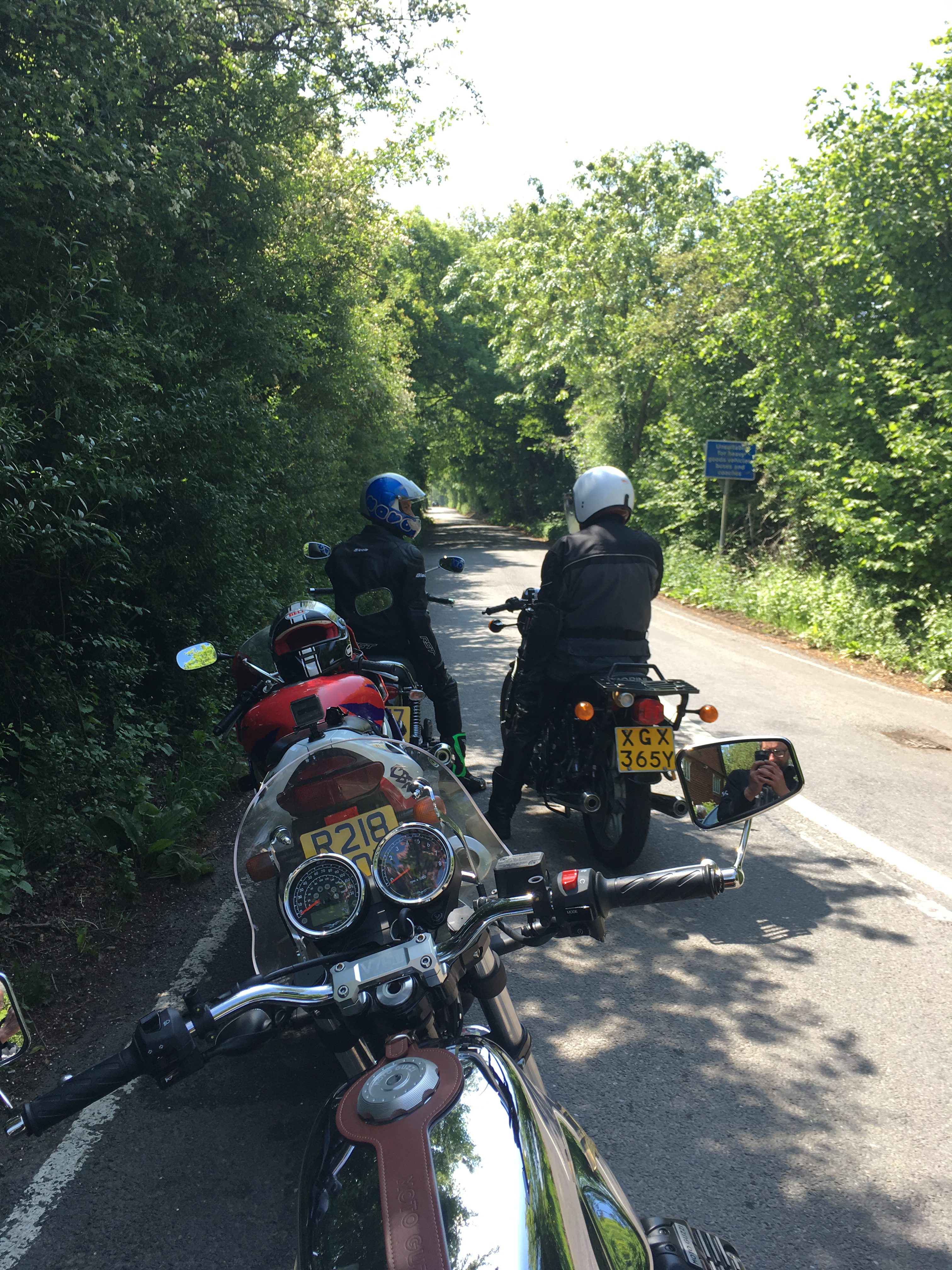 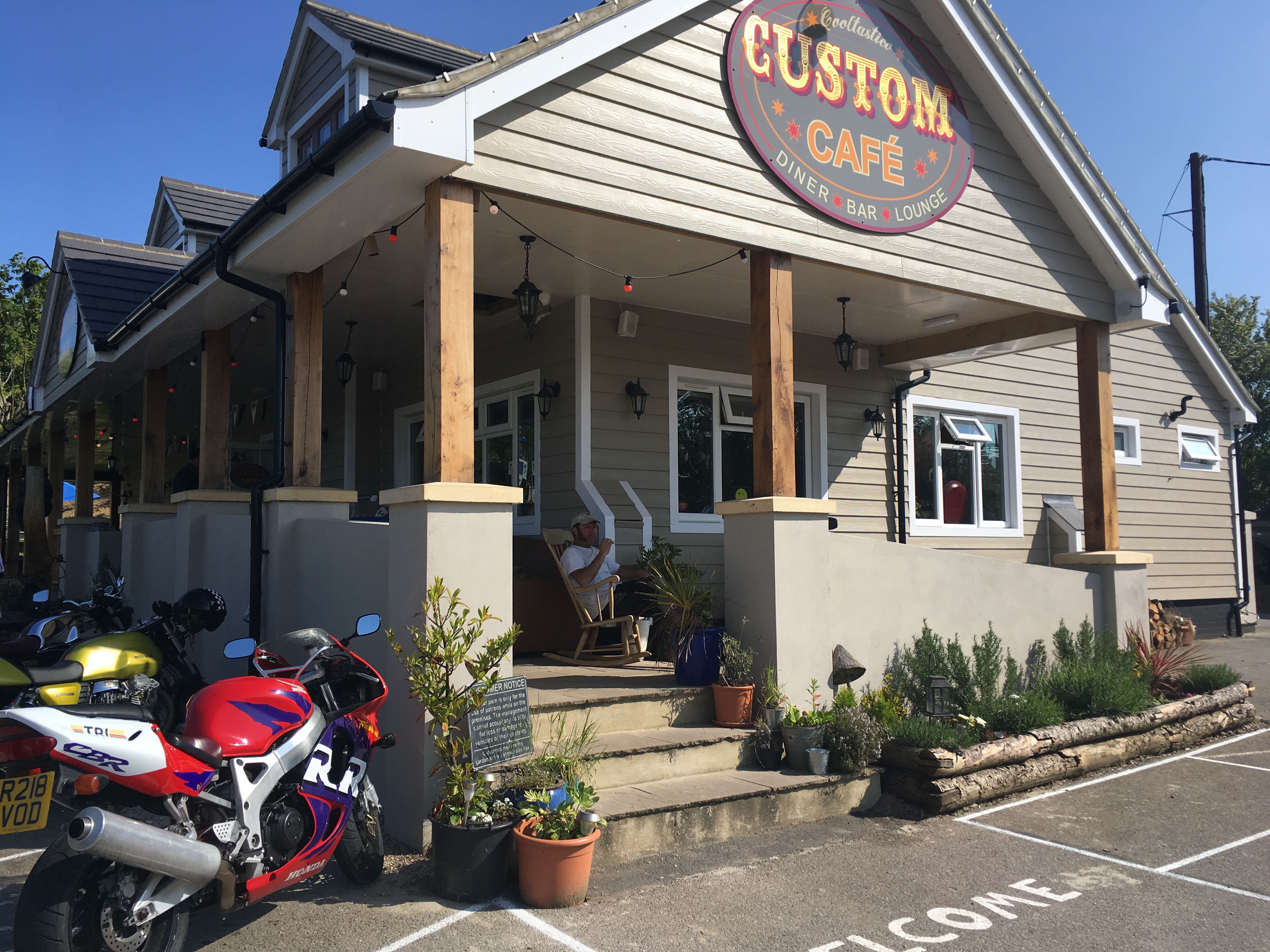 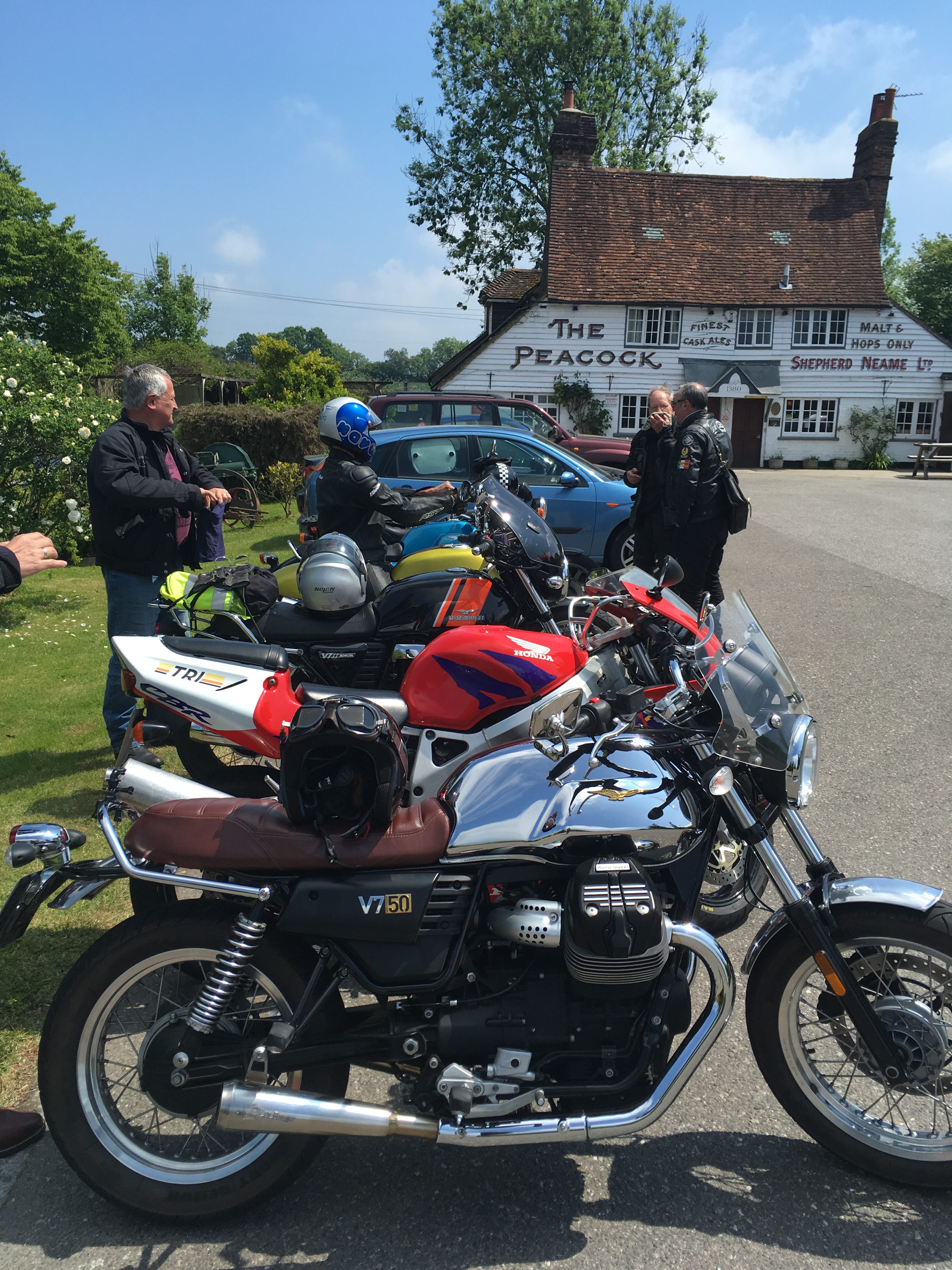 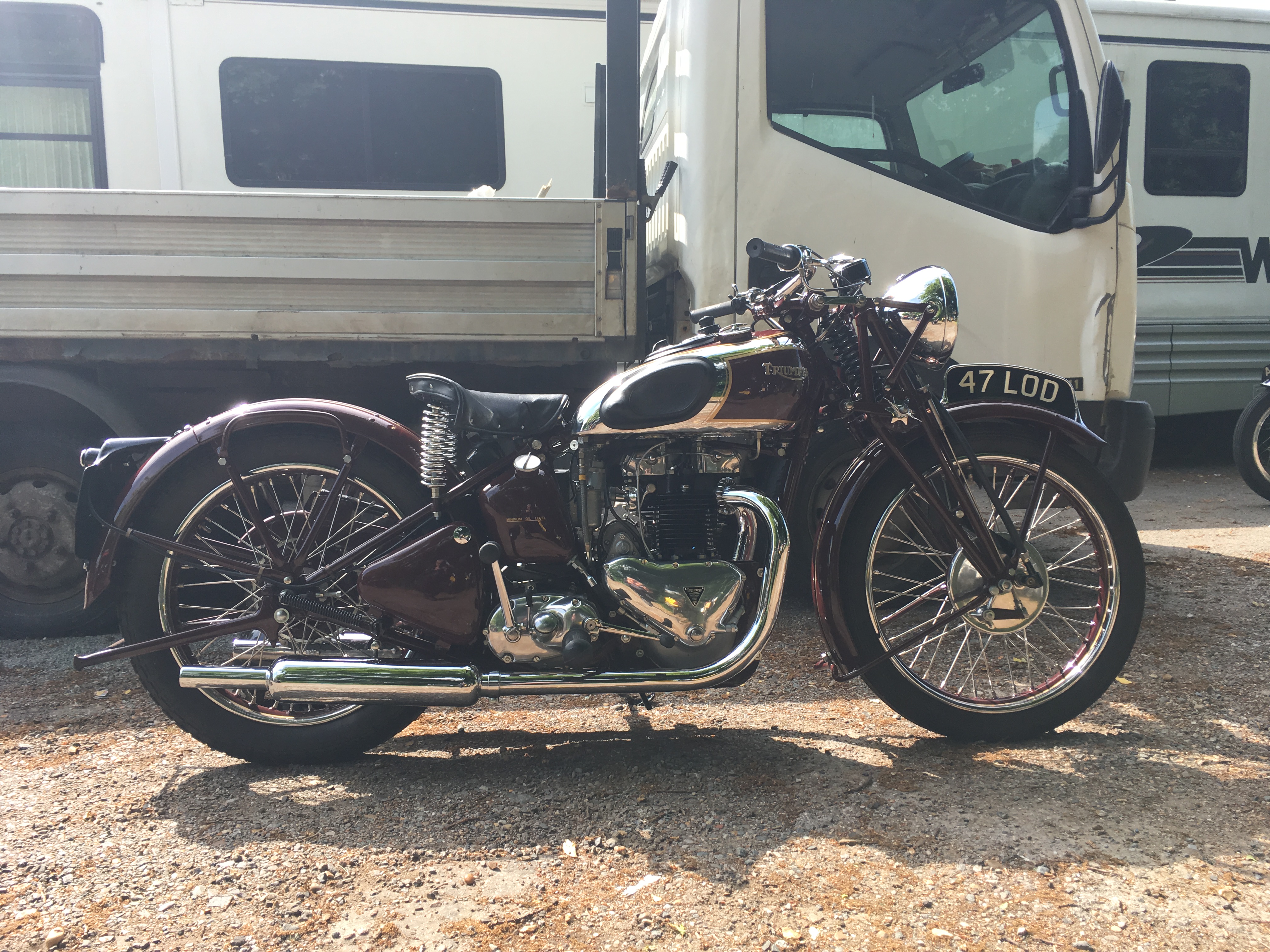 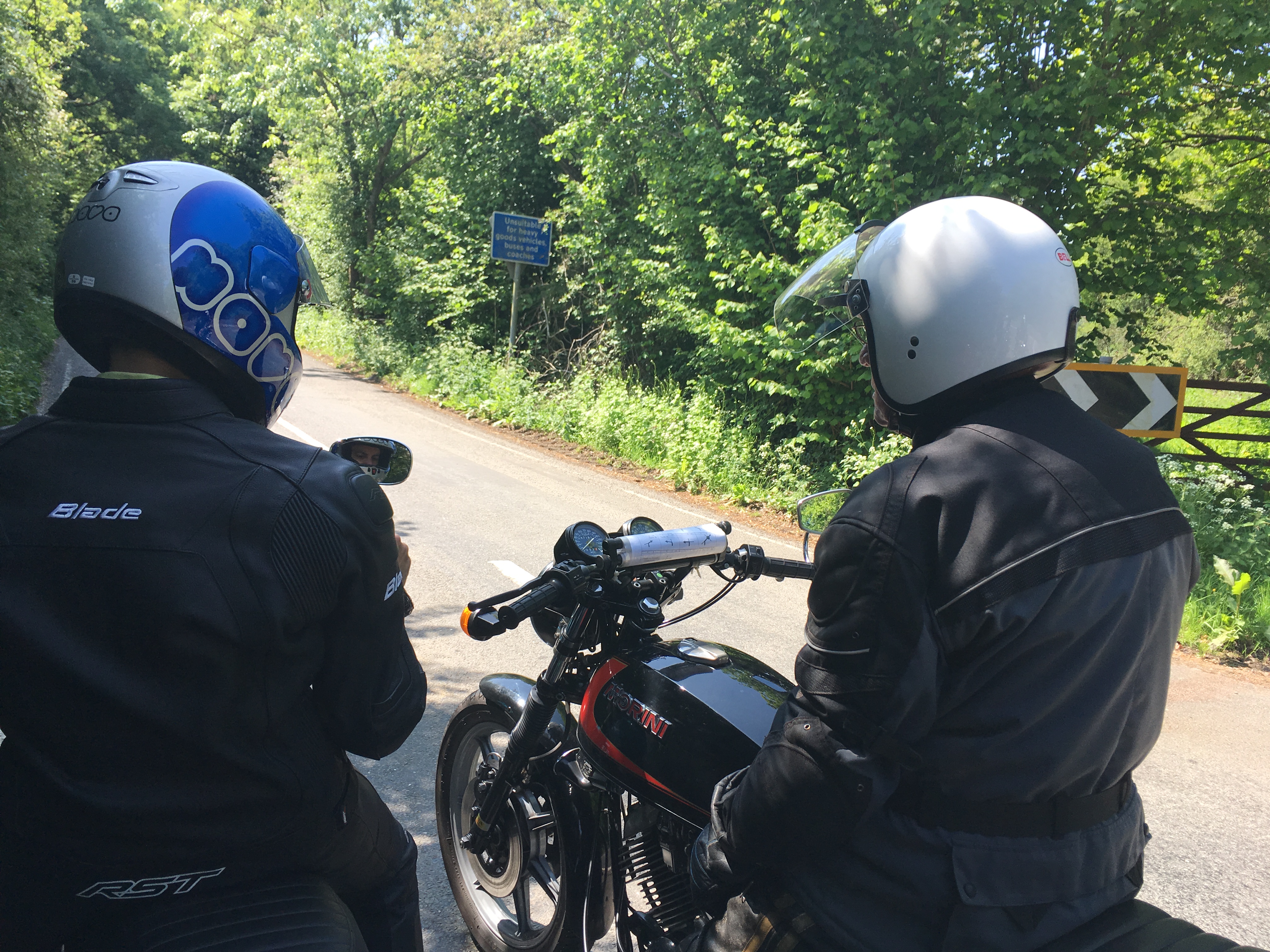