Learner Friendly Ride with an instructor

After the success of my first ride out as host to Southend on Sea last month, I decided to visit my instructor Chris Reed of Stadium Rider Training LTD to tell him about the adventures I’ve been having on my 125cc Mutt Motorcycle and all the new biker friends I’ve been making on the rides.

I told him about The Weekly Ride who are trying to build a biker community and have recently lunched a website where you can find or create rides with likeminded people in your area, which he and his wife thought was a fantastic idea and he himself was quite interested in joining in on my next ride.

I decided to meet at the High Beach Tea Hut for coffee and head out taking the scenic route to Haybridge Basin where there is a couple of busy pubs and a cafe that overlook the river Blackwater. This would be about a two hour ride with a midway stop and around 50 miles each way, I never planned the ride to go straight there so to make it more adventurous I looped around the reservoir at West Hanningfield which was beautiful.

The evening before the ride I checked the weather for the next day it was going to be wet. I checked in to see who was coming along for the ride, there was only two that had booked, Tony a fellow Mutt owner who I know and have rode with a few times before and a new guy Chris who had only taken the CTB test four weeks ago and had treated himself to a brand new Mondial HD.

On the morning of the ride we all meet up as planed minus Tony, he had had a few issues with his bike and decided to spend the day getting it up and running again ready for the following days work.

It was now time to leave and Chris the instructor took the lead on his Honda CBX 500, he was going to be riding advance lines for us to follow and said he knew a really nice route which would give us a bit of experience on a variety of different roads from country lanes with sweeping bends and single track hump back bridges where the river streams pass beneath, beautiful picturesque villages and not forgetting the detour around the West Hanningfield Reservoir.

Before we left the tea hut we decided to skip the midway stop and head straight for HeyBridge making this the first 50 mile non stop journey for learner Chris and myself, luckily for me I have a super soft seat, unfortunately I can’t say the same for John Wayne (I mean learner Chris) it took him a while to adjust to walking again after 1:45 minutes in the saddle.

Haybridge Basin was a hive of activity quite busy and buzzing with life, fellow bikers, visiting yachtsmen, and not forgetting the locals who enjoy coming out and watching the locking in and out of boats plus the weather forecast was wrong and not a drop of rain.

We had our lunch in The Old Ship Inn which is a lovely public house best described as a friendly spit and sawdust pub, serving some very tasty grub that’s mostly traditional English fare.

Now that we had been feed and watered and learner Chris could stand upright and walk freely again it was time for the return trip, and we were all keen to do another 50 mile non stop ride back to The Kings Oak at High Beach, instructor Chris was only going to ride until we reached Brentwood leaving me the final ten miles or so to lead the ride to our final destination.

All in all we had ourselves a really nice day, weather held out and stayed dry and there was another 100 miles on the clock of experience. Instructor Chris says he enjoyed himself and would be more then happy to help out on another ride before the winter comes and learner Chris says he can’t wait till next time. 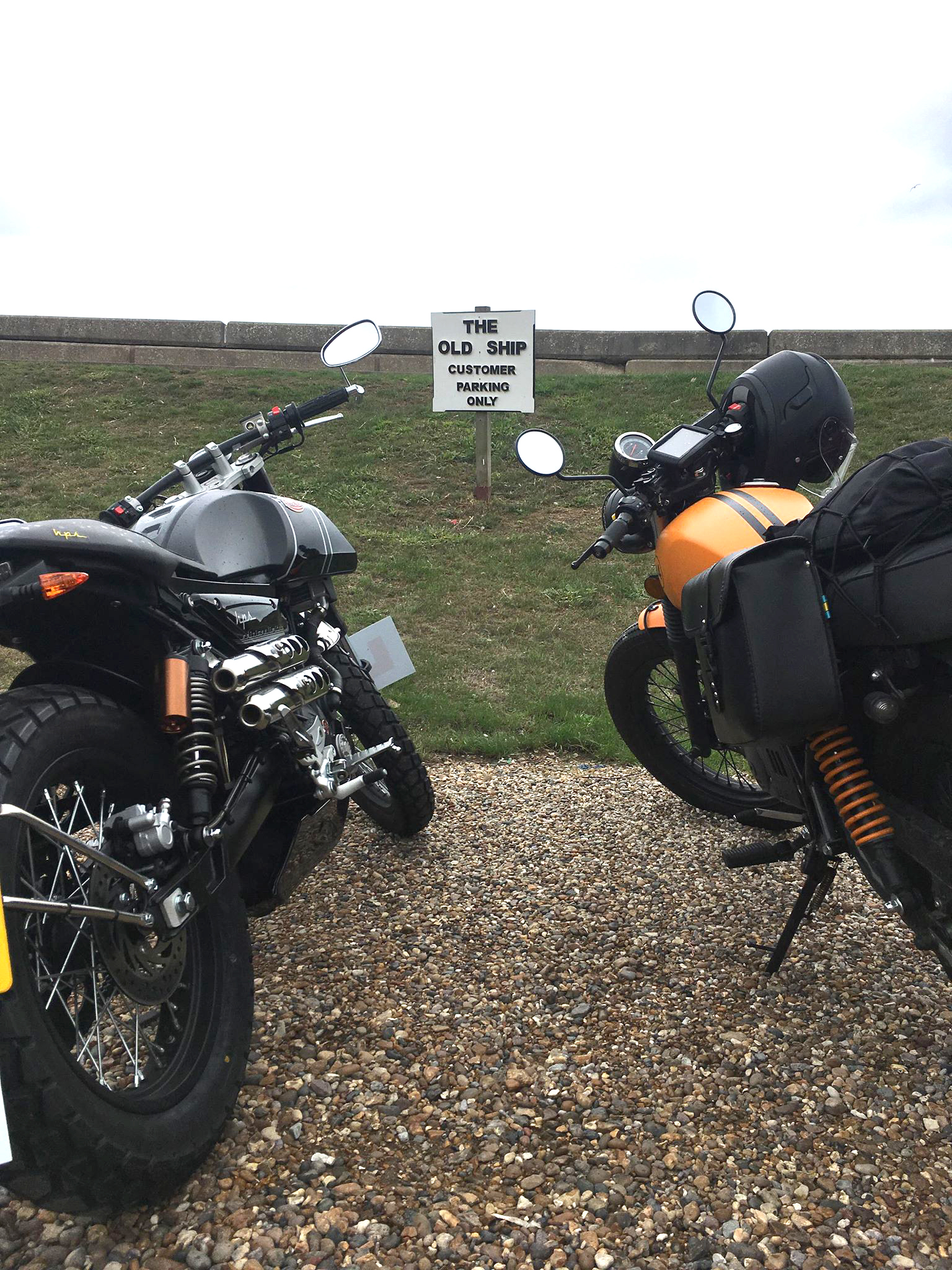 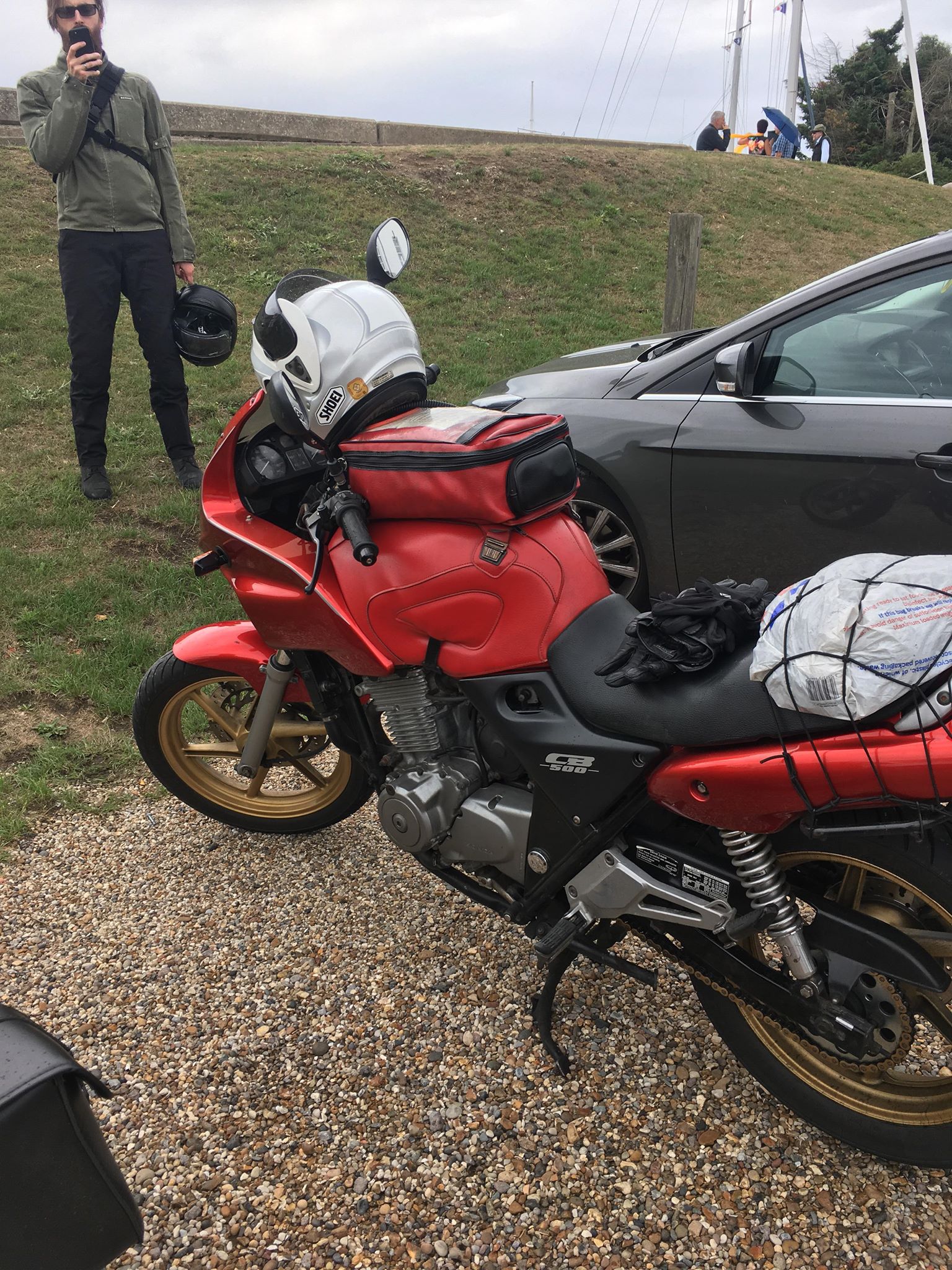 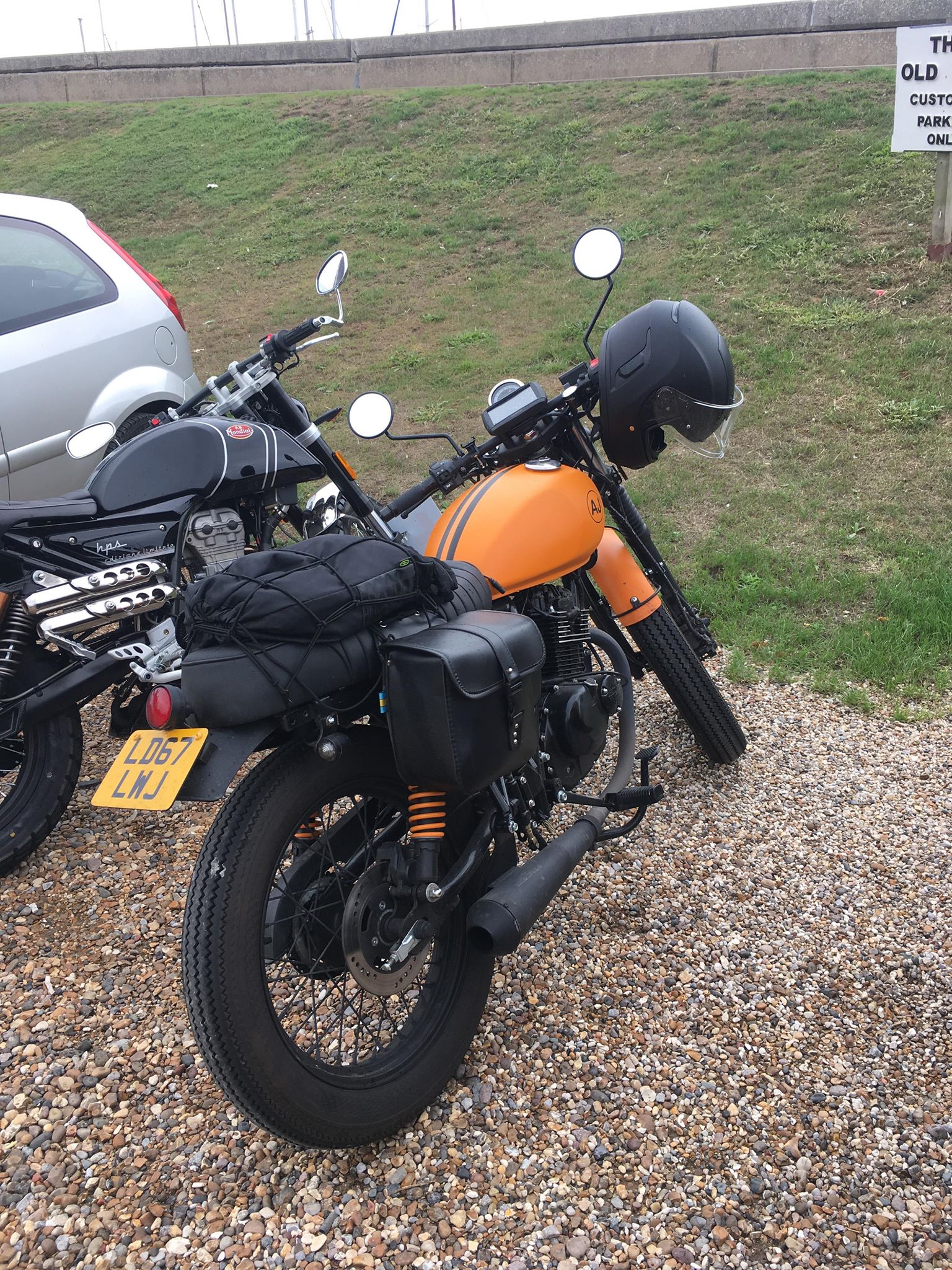 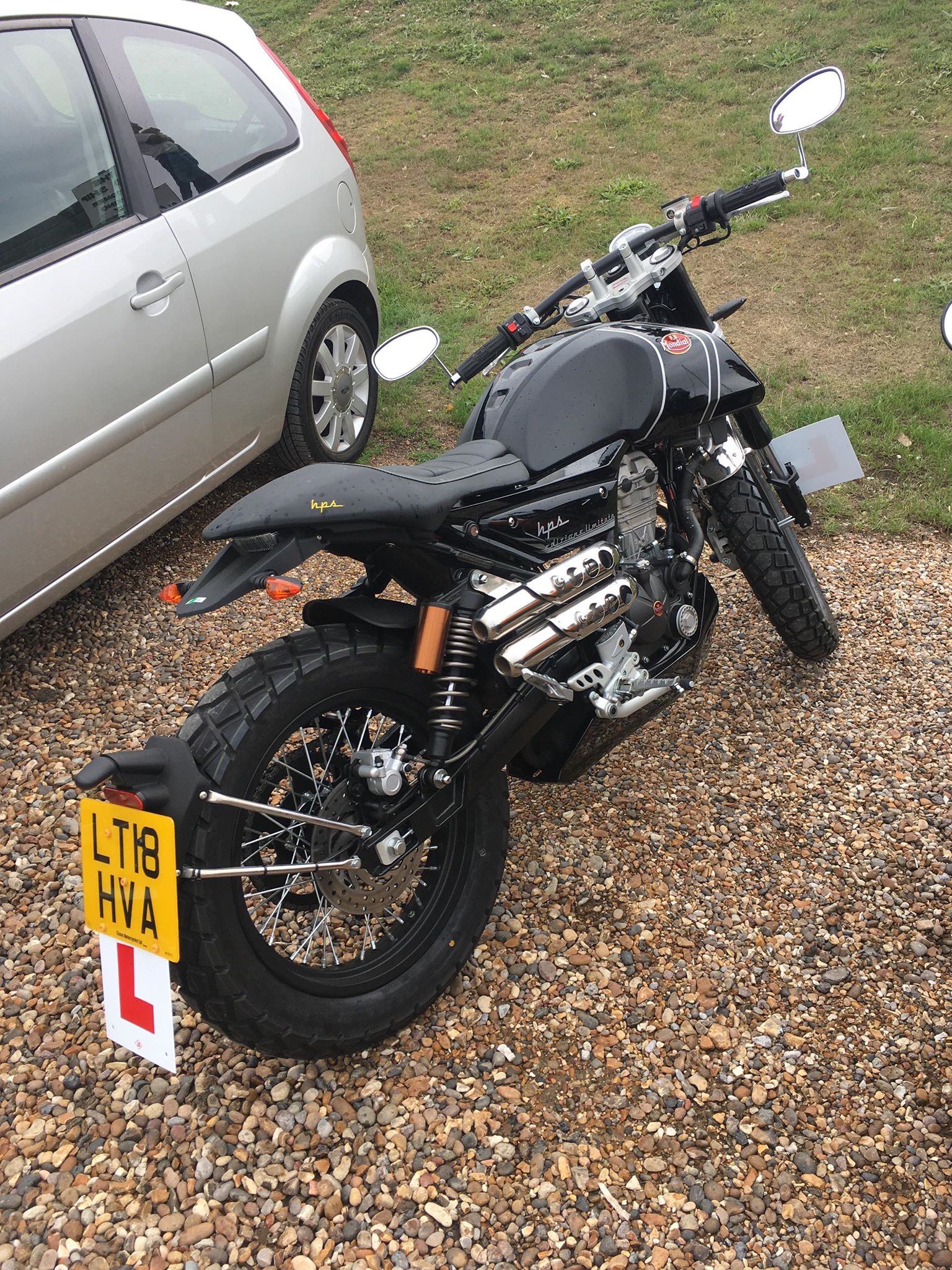